DINOSAURS AND ZOMBIES: THE FUTURE OF PENSIONS?

Last month, on a day off work, I visited the Royal Bath & West Show – ‘a celebration of Great British Agriculture, Entertainment, Food & Drink’, according to the blurb.

Among the prize pigs and flat-capped farmers we found the Imagination Fair, a tent chockful of STEM activities for children (supported by, among other companies, Leonardo Helicopters – one of Wordshop’s clients). The highlight for us was the Fair’s amazing 3D virtual reality system. Wow, things have certainly moved on since I last looked through a VR headset. We’ve since bought a cheap set, downloaded some apps and had great fun exploring various virtual worlds – zombie apocalypse included.

But it got me wondering about the application of VR in my world – the world of pension communications. It’s certainly not as exciting as being chased by a horde of the undead, but could it help employees – particularly younger employees – engage with their future selves? A quick browse on the internet suggests it could. Just this week The Telegraph ran a piece entitled ‘How virtual reality can help you empathise with your future self and make you save for retirement’ – quoting research that says ‘people with a greater sense of future self-continuity (who identify with their older self rather than seeing them as a stranger) accumulated greater assets over their lifetimes’.

I plugged ‘virtual reality pension’ into the App Store to see if anyone was doing it yet – and it gave me just the one result: Jurassic WorldTM Alive. Our industry tends to be a trend-follower rather than a trend-setter, but I think it’s a bit harsh to insinuate we’re all dinosaurs. Watch this (virtual 3D) space.

At Wordshop or at home, it’s business as usual

One of life’s big decisions

Under construction: fixtures and fittings

Under Construction: Light and bright

Under construction: Floors, walls and stairs 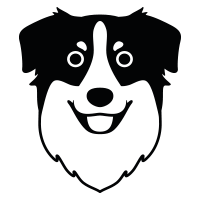